One Person CAN Change the World

By Megan Redfearn
Reposted with permission from Megan’s personal blog

A friend tagged me in a post on Facebook of a picture that said something very simple, yet very profound. It was a perfect way of saying something that I’ve always felt and believed, even though I’ve heard the words that were crossed out many times. But, it made me start to think… 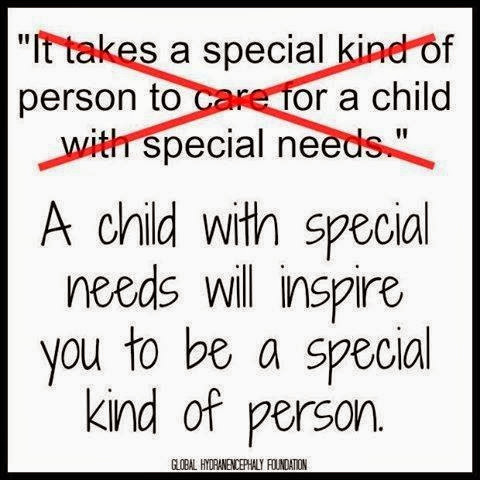 And in a conversation with a different friend later that same day, I started to think outside my bubble. After hearing the words from the doctor that my daughter had a condition called hydrocephalus, it changed not only our world, but took us both down a path that would change the lives of many others as well – most we hadn’t even met at that point. I would become a sponge for information and seek out ways to meet others that could relate to what Emma and I were living with. The joys, the sorrows, the wins, the challenges, and possibly even provide guidance and support as we walked this journey together. So once I found the Hydrocephalus Association (HA) and asked about a local support group, the domino effect began.

If it wasn’t for Emma, I never would have considered jumping so far outside of my shell to start and lead a support group. But being the Community Network Leader was just the beginning. We met so many wonderful people, all walking their paths, each in a different place along that path – but a path that we all knew and could relate to. One family that we met at one of our meetings was very similar to ours. They had a young child that was diagnosed with hydrocephalus and were in search for the same things I was – knowledge, support, and friendship. In that meeting, we had one of the Co-Chairs from the Houston HA WALK there and she told us about the event. I loved the idea of the WALK and made sure Emma and I were a part of it. The other family took it a step further and inquired about starting a DFW WALK. As soon as they asked me to Co-Chair with them, I jumped at the opportunity with even less hesitation that I did at leading the support group.

Over the next few months, I got to know the family more and more as well as many others. I refer to them as our “Hydro Family” and really feel we are just that – a family. Even if much of our communication is done regularly through social media, I feel their support in our daily lives. Now each time I see Emma do something new, I want to share those accomplishments with them, too. I am grateful for my daughter’s nationwide network of friends that will cheer her on for every milestone she accomplishes, because I know how hard she works for each of them, and that she deserves all of it.

Now, I look at our life together and I see that Emma has changed my world. She inspired me to be a stronger person than I believed I could be, started a local support group, influenced others to start a local WALK, and created a local community that could not only support her family, but also her ever growing Hydro Family. She has touched so many lives by being an inspiration to me and everyone she meets.

I no longer believe that one person really can’t change the world. My daughter may only be three years old, but she has taught me that I was wrong – because she already has.

There are no comments published yet.